Home » Bloomberg: Peer-To-Peer Lending Platforms To Be Regulated As NBFCs

Bloomberg: Peer-To-Peer Lending Platforms To Be Regulated As NBFCs

Bloomberg: Peer-To-Peer Lending Platforms To Be Regulated As NBFCs

The Reserve Bank of India (RBI) has notified that peer-to-peer (P2P) lending platforms will be seen as non-banking finance companies (NBFCs), beginning the process of regulating such companies.

In a gazette notification dated September 18, the RBI stated that a non-banking institution that conducts ‘the business of a peer-to-peer lending platform’ will be a seen as an NBFC. P2P lending will mean the business of providing the service of loan facilitation via an online medium or otherwise, the notification added.

Over the last four years more than 30 startups have launched online P2P lending businesses. Faircent, i2ilending, LenDenClub and Billion loans are among them. These lending platforms specialize in connecting people who need money with people who have funds to invest. While P2P lenders facilitate such transactions, they do not lend money themselves.

In April 2016, the RBI issued a consultation paper and suggested that P2P lenders be regulated as a special category of NBFCs. It had also proposed a number of checks and balances. Among them was a minimum capital requirement of Rs 2 crore for companies operating as P2P lenders and a prescription for the leverage ratio that these companies should adhere to. It also said that P2P lenders should operate only as intermediaries and not take on any bank-like functions such as accepting deposits. No cap on rates or lending amounts was prescribed. The regulator, however, said that prudential limits may be considered.

While the notification clarifies the regulatory jurisdiction for P2P lenders, detailed guidelines on applicable rules are yet to be issued.

“We welcome the decision by the government, but this is a battle half won for the players in the P2P lending space,” Raghavendra Pratap Singh, co-founder of i2ifunding said over the phone. “This notification shows that P2P lending platforms are here to stay and now we will see real growth in this sector.” 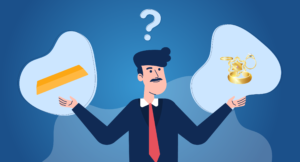 Investing in Gold? Make an Informed and Effective Financial Plan

in "Investor , An Alternative Asset Class , Investment Made Easy" 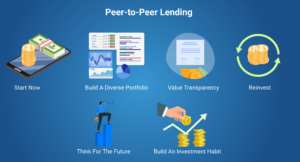 6 Ways to Maximise Returns from Your P2P Investments

in "Investor , Investment Made Easy , Peer-to-Peer Lending"
PREV
NEXT