The Supreme Court of India on Wednesday, while upholding the constitutional validity of Aadhaar, struck down Section 57 of the Aadhaar Act, which allowed the sharing of citizen data with private entities.

The five-judge bench of the apex court took on Section 57, a much-contested segment of the act, which permits the state or any corporate or person to use the instrument for establishing the identity of another individual for ‘any purpose’. The court held that the corporate entities can no longer insist on a citizen’s Aadhaar information.

The Supreme Court, in its ruling, said that Section 57 in the present form is susceptible to misuse. “It can be used for establishing the identity of an individual ‘for any purpose’. We read down this provision to mean that such a purpose has to be backed by law,” the judgement read.

“Apart from authorising the State, even ‘any body corporate or person’ is authorised to avail authentication services which can be on the basis of purported agreement between an individual and such body corporate or person. Even if we presume that legislature did not intend so, the impact of the aforesaid features would be to enable commercial exploitation of an individual biometric and demographic information by the private entities. ”

While the top court’s verdict on the constitutional validity of Aadhaar has brought about clarity, the fintech industry is left wondering about the ramifications of Section 57 being struck down. Not mandating Aadhaar (for the verification process) has sent the players back to the drawing board to work out strategies for physical verification, which is usually a time-consuming and expensive process.

“The authenticity of data through Aadhaar is really high considering physical documents (like PAN card) can be copied. The costs of verification for delivering ultra-small ticket size loans (of say Rs 5,000) will definitely be a concern. We estimate that there will be a 30-percent increase in costs on physical verification, which will add up to another Rs 100 or Rs 150. Also, deployment may take a day or more now (in an ideal scenario) since physical verification takes 24 hours at least.”

Players who have built their models on just online verification will find it even more difficult to operate now.

Bala Parthasarathy, co-founder and CEO, MoneyTap, points out how it may affect users:

“The companies that assumed that everybody has Aadhaar now have to add a new process. This is like a toll booth. Service providers can encourage people to use Aadhaar if they want to take the fast lane, but if they don’t have Aadhaar or if they don’t want to use it, no problem, they can still take the slow lane. So, basically, we give the consumers a choice, instead of denying them services.”

Some industry experts argue the SC verdict will not affect the industry much.

“In my opinion, wherever e-KYC verification is needed, there will be limited KYC which one would need to do. A full KYC requires an Aadhaar number, but one can always do limited KYC with any document proof, for example a PAN card.”

On the other hand, Adhil Shetty, co-founder and CEO of BankBazaar says that the power now rests with the user and their judgement will be based on the value the fintech provides around online (Aadhaar) verification. He adds,

“It is a step in a positive direction since fintech is not about forcing something upon users. Rather, it is about creating convenience for users to go the digital way rather than the traditional route. So, now it is in the consumer’s hand. Hence, fintechs will have to show sufficient value and security to consumers around verification through Aadhaar.” 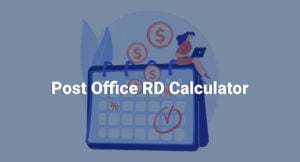 Everything You Need To Know About Post Office RD Calculator

in "Investor , Knowledge Center"
PREV
NEXT